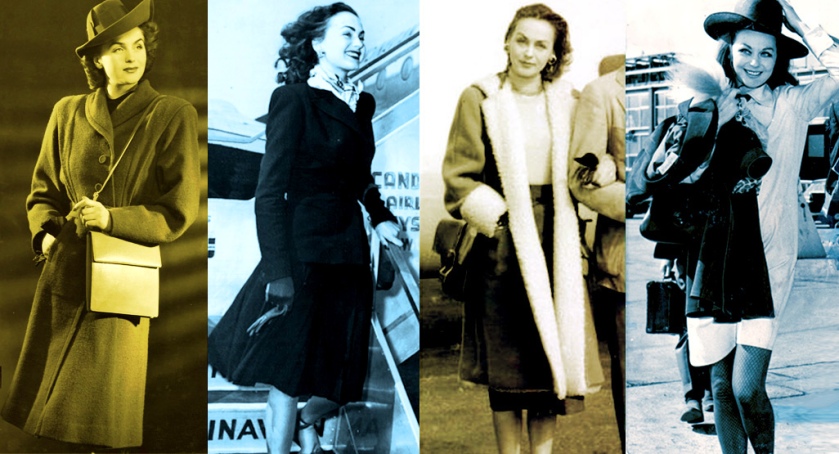 This site looks at the long and eventful life of Hjördis Genberg, later Hjördis Tersmeden and Hjördis Niven, the much-maligned second wife of actor David Niven.

I say “site”, but it’s really an online book, albeit one that’s still being written. Pages are added and amended as new information arrives and new thoughts occur. Please feel free to comment and contribute!

Hjördis first met David while visiting the set of ‘Bonnie Prince Charlie’ in late 1947. She settled herself in his personal canvas chair, and refused to budge when asked by the assistant director. David, a vision in tartan with a blonde wig, stormed over to evict her, took one look, and fell in love. Six weeks later they were married and she became a Hollywood wife.

Hjördis’ life before that encounter has never been fully documented. It’s known that she was Sweden’s top fashion model, with one marriage already behind her, to a rich Swedish businessman called Carl Gustaf Tersmeden. And that’s it.

In the received wisdom, her blindingly quick marriage to the recently widowed David suggested that she saw him purely as a ticket to becoming a Hollywood actress. When he stood in the way of her ambitions, the consequences were thirty years of payback: heavy drinking, jealousy, adultery and mental cruelty, right through to his death in 1983.

That’s inaccurate and unfair. For starters, Hjördis had been turning down Hollywood for two years before David set eyes on her. Even when they met, she was still carrying around the offer of a movie contract from ‘Gone With The Wind’ director David O. Selznick. Also, one of David Niven’s marriage pre-conditions involved her putting aside any career aspirations.

Much of the vitriol aimed at Hjördis stems from ‘Niv’, Graham Lord’s otherwise excellent biography of David Niven, published six years after her death. It revealed an unhappy marriage that had once been held up as a rare example of a lasting and loving Hollywood coupling. Ironically, Hjördis, who apparently felt sidelined by David’s success, completely dominates Lord’s book as soon as she appears about halfway through.

My initial aim was just to piece together the first forty years of Hjördis’ life, from 1919-1959, in the hope of finding that she and David had more good times together than what is normally assumed. Happily that’s exactly what I found.  I then continued beyond the cut off point –  not so sure that was the best idea I’ve ever had.

I’ve used Hjördis’ words where possible, and despite going off on the occasional tangent, it is first and foremost meant to be her story.